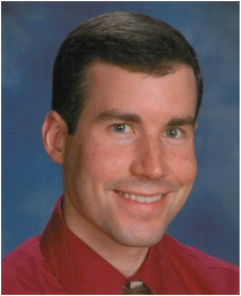 Sean Glennon
Director of Music
Sean has been the music director at St. Andrew's since July 2011. Prior to that, Sean was music director at Star of the Sea Parish in Quincy from 1999-2004 and Associate Organist & Adult Choir Director at St. Gregory Parish in Dorchester from 2005-2010. Full time, Sean is the Community Development Director for the City of Quincy, where he oversees the administration of millions of dollars in annual federal and state grants, providing programming, housing, and services for homeless, low-income, and moderate-income individuals and families. He serves on the board of directors of the National Community Development Association; is a member of the Quincy Lions Club; and volunteers as a den leader with a cub scout pack in Quincy. He received his BA in Government and Masters Degree in Political Science from Suffolk University in Boston. Sean lives in Quincy with his wife, Erin, and their children, Robert, Andrew, and Genevieve.

Ed McQuiggan
Sexton
Eddie has served as Sexton of St. Andrew's for almost 10 years. He attends Calvary Baptist Church in Hanson, where he is ASL lay leader and especially enjoys leading the deaf of the congregation during hymns. His wife, Steffie, has been a lifelong member of St. Andrew's. His daughters, Amy and Alicia were baptized, raised, and confirmed here, serving as acolytes, choir members and teachers of ASL. Amy and Alicia were married at St. Andrew's and Eddie's granddaughter was baptized here. Eddie also works nights at Walmart.